"A quote by a fancy intellectual that shows that the author is deeply serious about defending their opinions from internet passers-by and that cheap shots will not be effective."

Have you ever felt sad about a perceived loss of freedom only to realise it might never have existed?

Before the New Year I searched for a direction that I might take in the coming year and decided that creating some transparency with regards to my work and intentions would be a productive use of my time. Unfortunately, a short while after this thought, I felt the pang.

It's not just me. When I look around, few gather the willpower and courage to write and even fewer are willing to risk their reputations on their own ideas and opinions.

Those that do write through pseudonyms or with a pretentious obfuscation. Or, by channeling popular or sacred opinions, they risk nothing and say little about what they really believe. Some of the more adept don't just imitate others but parasite their own messages into already trusted host messages thereby getting through other's mental defences.

Partly I feel this way because writing is in general hard, however it strikes me that writing articles on unorthodox ideas and opinions is in fact harder than it should be. The reason being is that opinions are commonly treated with contempt and are thought to be deserving of scorn due to their subjectivity particularly when compared to facts.

The other week I read "How You Know" by Paul Graham. One section stuck out at me.

A few months ago, as I was reading Constance Reid's excellent biography of Hilbert, I figured out if not the answer to this question, at least something that made me feel better about it. She writes:

Hilbert had no patience with mathematical lectures which filled the students with facts but did not teach them how to frame a problem and solve it. He often used to tell them that "a perfect formulation of a problem is already half its solution."

Now I enjoyed that article and it is an opinion that I agree with, but it says a lot to me that in order to write his opinion on this he felt that he would need to find a famous, well-thought-of dead guy to back him up.

How can it be that, in an article in which the author openly admits that they do not know exactly where all of their ideas come from, they still feel obliged to quote prior authors before they are free to to present their opinions?

Likewise, Shane Parrish recently wrote an article in which he argued his personal opinion that you are not even entitled to hold an opinion until you can argue better against yourself than others can and during this felt the need to invoke both Charlie Munger and Li Lu.

Neither of those opinions are dependent on facts, yet in both it seems that the authors thought it necessary to shore up confidence in readers by name-dropping high-status authors.

Why is this happening?

There are several reasons that I can currently think of for why people might do this.

It's possible that I'm in a bubble and that others do not see this, but if this is the case the points I make should at least be applicable to the people in my bubble. 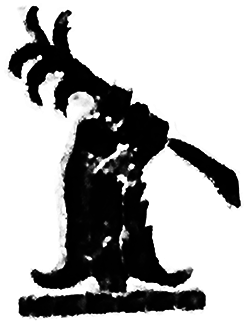 Opinions are simply too expensive. This is a shame because new perspectives are frequently very valuable.

I don't see why it should be this way.

You can have a new idea at any point of a day. This isn't hard at all. What's costly and slow is fretting about how deeply you wish to be exposed to them, before finally sitting down to track down references that you can appropriate and stitch together in order that you can give people the illusion they were conceived from a conversation with the past.

Requiring proof from others that new ideas and opinions are true also isn't sensible. It biases people into acting dishonestly by connoting their opinions with high-status canon, and causes you to you lose the opportunities for knowledge and learning that will come from letting other people explore your ideas (correct and incorrect).

Lastly, reconstructing your ideas after you've come up with them by frankensteining other people's ideas together is a barrier to finding their most intuitive, beautiful form.

Free-minded communities ought to unburden themselves from the tax of requiring new ideas to be stitched into the quilt-like fabric of our culture. We should protect the ease in which people can publish their own ideas and stay clear of practices that might unduly cause them to conform to preconceived ones.

As most opinions and ideas are transient, with those that are unpopular culled by the passing of time, we shouldn't be so wary about releasing them into the wild.

In short, we should write as if we are speaking to friends, not searching for validation. We can still hat tip those that come before us or inform readers with facts when appropriate.

Likewise, when reading what others write we should judge them in good faith. After all, ultimately it's solely our responsibility to take their opinion and decide whether it is useful, pointless or destructive to us.